People Foods Your Pet Should Avoid 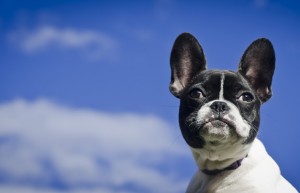 Animal poisoning is a tragic but preventable occurrence. Animal owners can protect their animals by learning the common household foods that animals should avoid. The ASPCA Poison Control Center alerts pet owners about the following potentially toxic substances:

Although the exact substance responsible for toxicity in grapes and raisins is not known, they have been linked to kidney failure and complications. This can be a problem especially for animals with pre-existing conditions.

Most people know that chocolate is toxic to dogs, but coffee and caffeine can be as well. These products contain methylxanthines, which can cause vomiting and diarrhea, panting, excessive thirst and urination, hyperactivity, abnormal heart rhythm, tremors, seizures and even death.

Persin is a substance found in avocados which can cause vomiting and diarrhea in dogs. Rodents and birds are particularly susceptible to avocado poisonings, which can cause problems with the lungs, heart, and even death.

Onions, Garlic, Chives can cause irritation of the stomach and can even lead to blood cell damage. Cats are more vulnerable, but these foods can also be toxic to dogs. Small amounts may not cause any irritation, but it is advised that you avoid giving your animals large quantities.

While animals drink milk when they are young, they do not possess significant amounts of lactase, which breaks down lactose in cow's milk. Ingesting too much milk can cause them diarrhea or other digestive upset.

Excess salt causes thirst and urination, and even sodium ion poisoning in pets. Symptoms include vomiting, diarrhea, depression, tremors, elevated body temperature, seizures and even death. Lots of common snack foods are high in salt, so keep them out of your pet's reach.

A common sweetener in a variety of products including gum, candy, baked goods, and toothpaste, Xylitol can cause insulin release in most species, which can lead to liver failure. Symptoms of poisoning include vomiting, lethargy and loss of coordination.

The best way to prevent pet poisoning is to be familiar with the common toxic substances and keep them out of your animal's reach!